Don’t Miss These Festivals And Events In Varna! 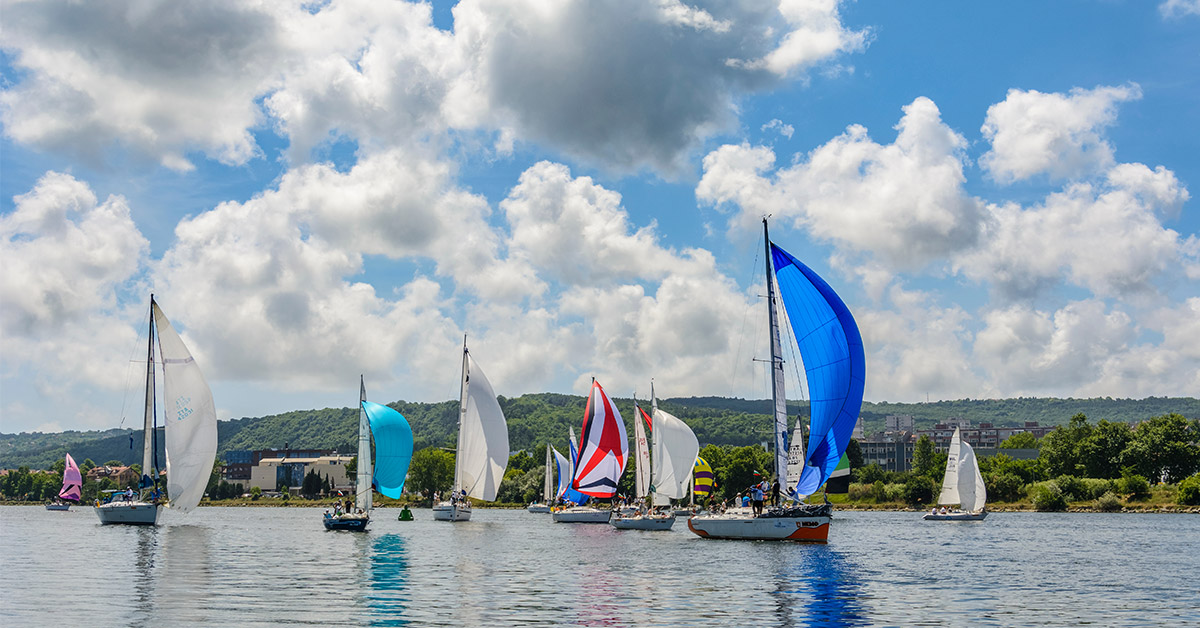 Varna is a city where you can discover both a beautiful seaside and a vibrant cultural calendar. It’s the perfect place for a summer holiday and relaxation! While you can easily spend a whole day lounging at the beach and in the sun (cocktail in hand), there’s also a lot more that it can offer its visitors. There are many events and festivals happening in Varna throughout the year, why not get to know Bulgarian culture a little better?

Here are some festivals, competitions and fairs in Varna not to miss if you’ve decided to spend some time there during your next vacation! 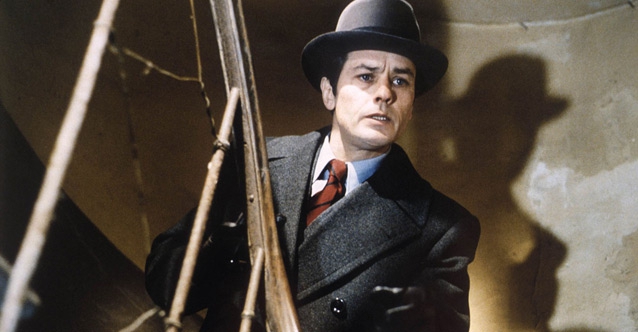 Since 1990 every year during the month of March people celebrate Francophone holiday. Franks (French-speaking countries) honour their language and on these days in Varna, you can go watch francophone movies in favour of cultural diversity. You can enjoy the best selection of movies for free! For more information visit the Festival & Congress Center Varna.

Held every year in the month of May, the “Sea and memories” festival has one purpose. It promotes the best of Bulgarian and foreign pop music and popularizes the composition of new songs dedicated to the sea. The festival is actually a competition. You will be able to listen to different songs and support the one you like best!

Founded in 1926, Varna Summer Festival is the oldest music festival in Bulgaria. It’s held every year in June-July and is an important event for Bulgarian and worldwide Classical music. The diversity of genres includes opera, symphony concerts, chamber and choral music.

Taking place in June, the International Theatre Festival “Varna Summer” has presented more than 600 performances from 37 countries all around the world. Every year it attracts over 10 000 spectators! The festival enables cultural exchange and gives you the opportunity to enjoy a great variety of theatre forms and trends.

This traditional fair “Asparuhovo sing and dance” has been held since 1966 in the park of the neighbourhood of Asparuhovo. It happens on the first Saturday and Sunday of June. The festive program includes different stages – for rock, pop and folk. The whole neighbourhood gets together and celebrates. There are performances from the district schools, pensioners clubs, etc. If you want to see how the local people of Varna have fun – make sure to visit this feast! The entrance is free. 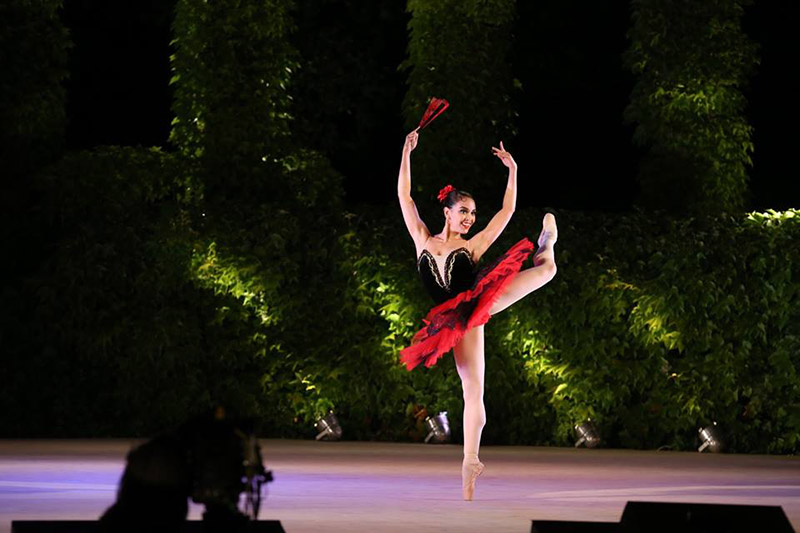 Varna International Ballet Competition is the first professional international ballet competition in the world. It was established in 1964 and it has opened a new era in the progress of world ballet. Every year a lot of young ballet talents, future stars from all around the world, are discovered in this competition. Usually, it takes place in July. 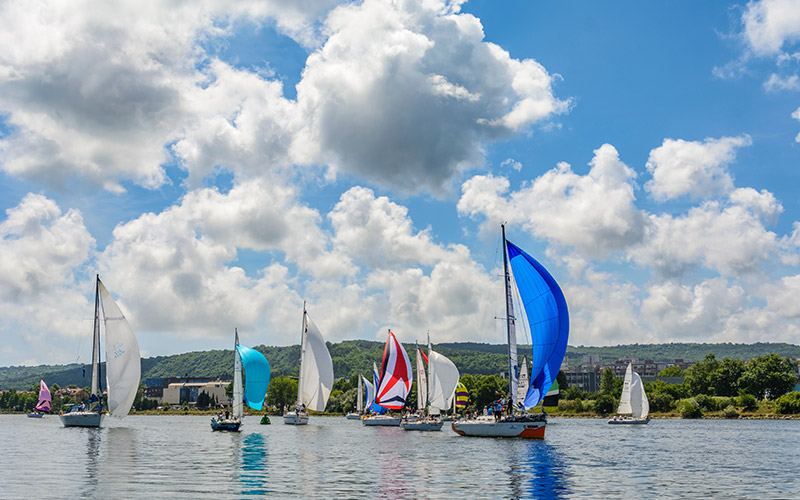 The Regatta Varna Channel Cup has become a celebration of the sea and the sport of sailing. It’s a highly anticipated event that attracts many locals and tourists. It takes place at the end of May – beginning of June. The event goes along with music and live commentary in the Asparuhovo park and Port Varna. Don’t miss it if you enjoy sailing yachts racing!

The International Jazz Festival was established in 1992 by local jazz lovers. Since then it has been held annually at the end of July and beginning of August. The core goal is to preserve the music genre and each year the festival has been the place to go and enjoy high-quality jazz. The programme includes concerts from Bulgarian and foreign bands. 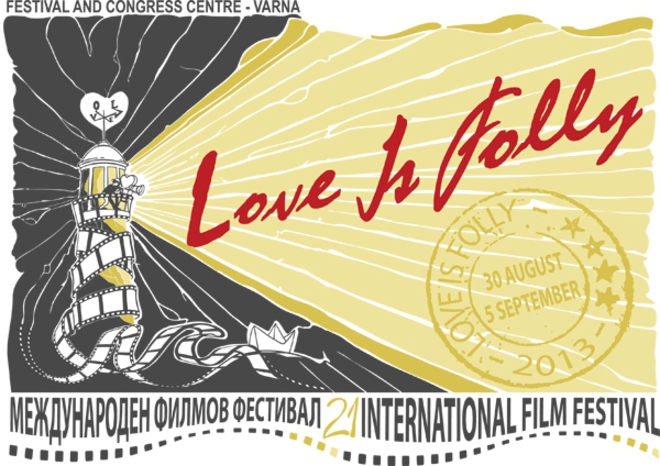 ‘’Love is Folly’’ is an International Film Festival established in 1993. It annually presents more than 90 movies from both Bulgarian and worldwide film industries, all with one topic in common – love. Each year the festival is visited by over 200 guests, including famous Bulgarian actors. For years ‘Love is folly’ has been the only international film festival, taking place in Bulgaria. It’s one of the most important events in the European cinema industry. It usually takes place in August.

10/ The International Fair of Arts and Crafts

Ever wondered what’s the largest art exhibition in Bulgaria? Here it is! The International Fair of Arts and Crafts takes place every year in August. The fair combines traditional folklore, local customs and the latest trends in the arts and crafts. It’s a great place to see some of the most talented Bulgarian artists and craftsmen (each in their unique field). The best part? There are live demonstrations so you can see local artists and craftsmen in action!

Founded in 1992, The International Folklore Festival of Varna is held every year at the beginning of August. The five-day festival hosts folklore ensembles from all over the world. The traditional music, amazing dances and colourful clothing create a really unique atmosphere. You can experience one of the most important aspects of every culture – its folklore. This is a festival with a very large audience. 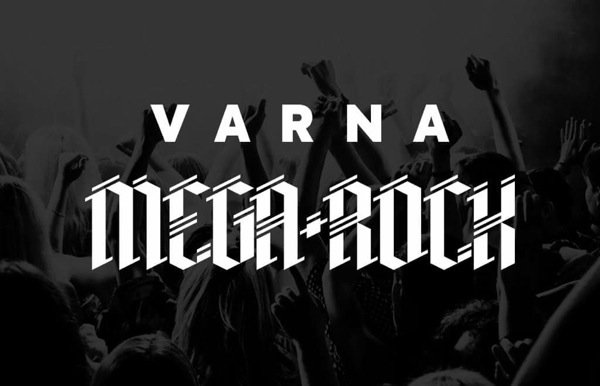 For the fans of rock music, the municipality of Varna organizes the Mega Rock Varna festival which takes place on the 18th & 19th August. World famous bands like Nightwish and Apocalyptica, as well as Bulgarian bands, will entertain their fans at the Port of Varna. 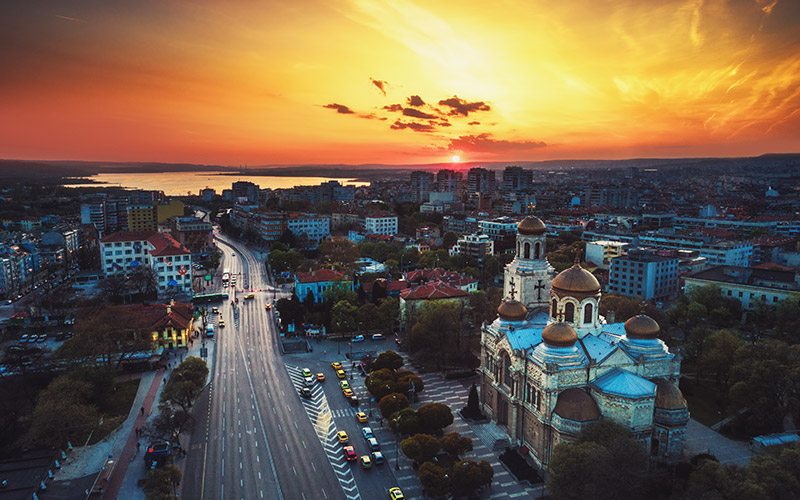 Every year on the 15th of August people celebrate Varna City holiday. The celebration starts in the morning in the Dormition of the Mother of God Cathedral where metropolitan John will serve a solemn liturgy and a thanksgiving prayer for the health of the residents and guests of the city. Throughout the day there are many concerts, regatta competitions and performances for the children. In the night, usually taking place in the Summer Theatre, there is a live concert with many famous Bulgarian singers.

The Swimming Marathon “Galata – Varna” is the oldest swimming competition of its kind in Bulgaria. It’s been held since 1939 and it takes place annually, on the first Sunday of August. Competitors, confident in their strength and endurance cross the Varna bay. The trail of the traditional swimming marathon starts from Cape Galata and ends on the Second Boom, covering a distance of 4400 m. The fastest contestants swim the distance in about 50 minutes. You can watch the marathon from the Central Beach. 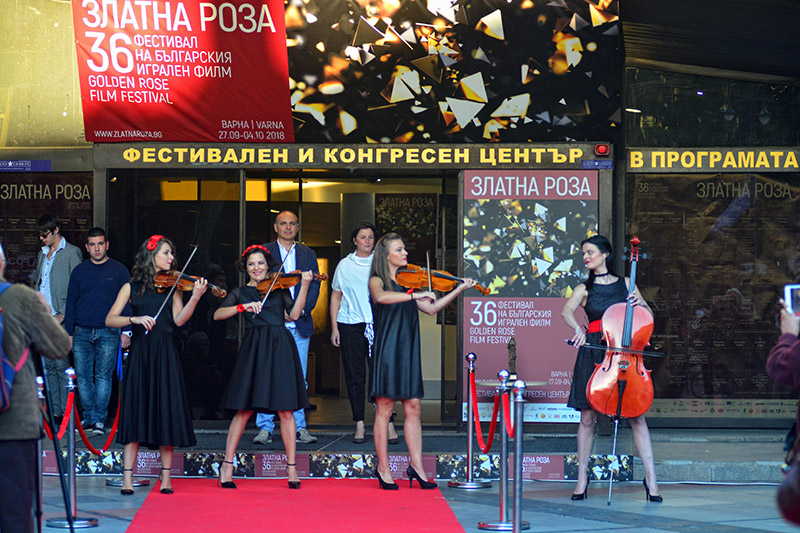 The Golden Rose Bulgarian Feature Film Festival was established in 1961 and it’s the oldest movie festival in Bulgaria. It’s on the programme every year in September or October. A special jury determines awards for best film on contemporary themes, best scenario, direction, cinematography, the best performance of male and female role. If you are a movie fan, don’t miss out on this one!

Well, now you know that culture is a pretty big deal around here. The people of Varna love to be out and about when there’s something happening in the city. They attend concerts, events and enjoy doing other fun and entertaining activities. One thing is for sure – there’s certainly a lot of events and festivals all year round. Don’t hesitate to visit one if you’re ever in Varna!