Meet The Lighthouses of Varna 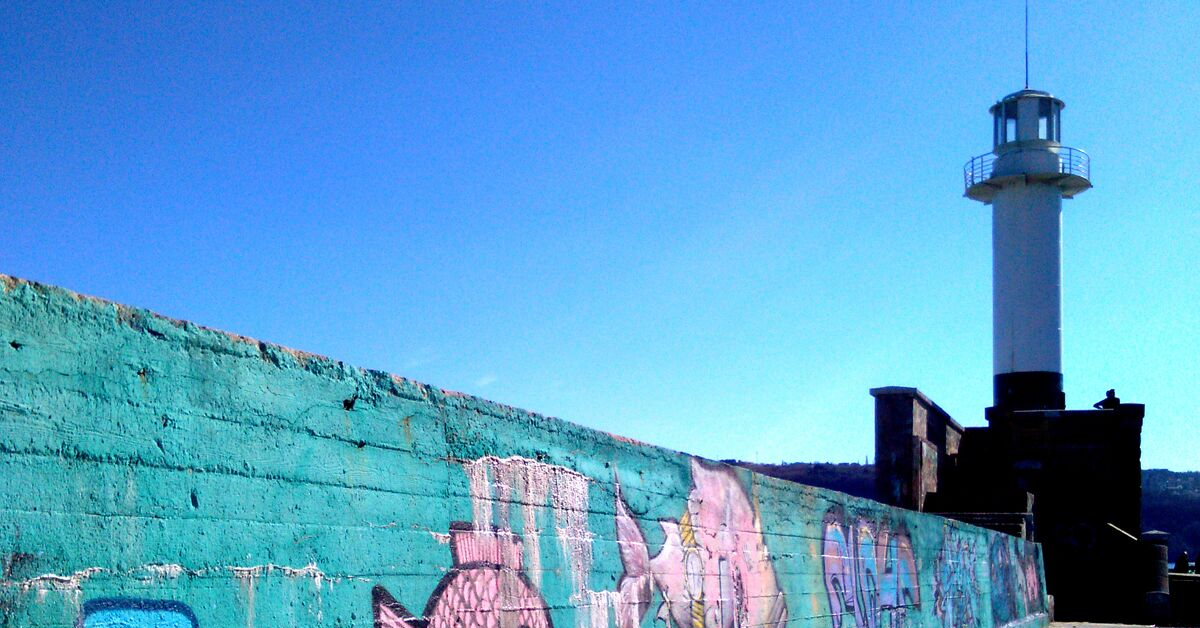 If you’re visiting Varna for the first time, you will inevitably come across one of the most prominent symbols of this magnificent seaside city – the Port Lighthouse. Wondering who takes care of the flickering lights that navigate sailors along the Bulgarian coast? The person you need to meet is Bela Benova – author of the book “Following the Pulsing Light” and our guest for a talk about the lighthouses in and near Varna…

The Lighthouses of Varna

Since the dawn of time, the sea is an element that we’re trying to subdue – but even in our technologically advanced age, we’re still struggling to do it. Unable to control the fury of the seas, people have been forced to make the shores more hospitable and safe, for this is the meeting point of water and earth, and this is where seamen say “goodbye” and “hello” to their loved ones. Navigational signals which could be seen or heard during the night, in fog or during a storm, were needed to provide orientation and salvation. Which means light! 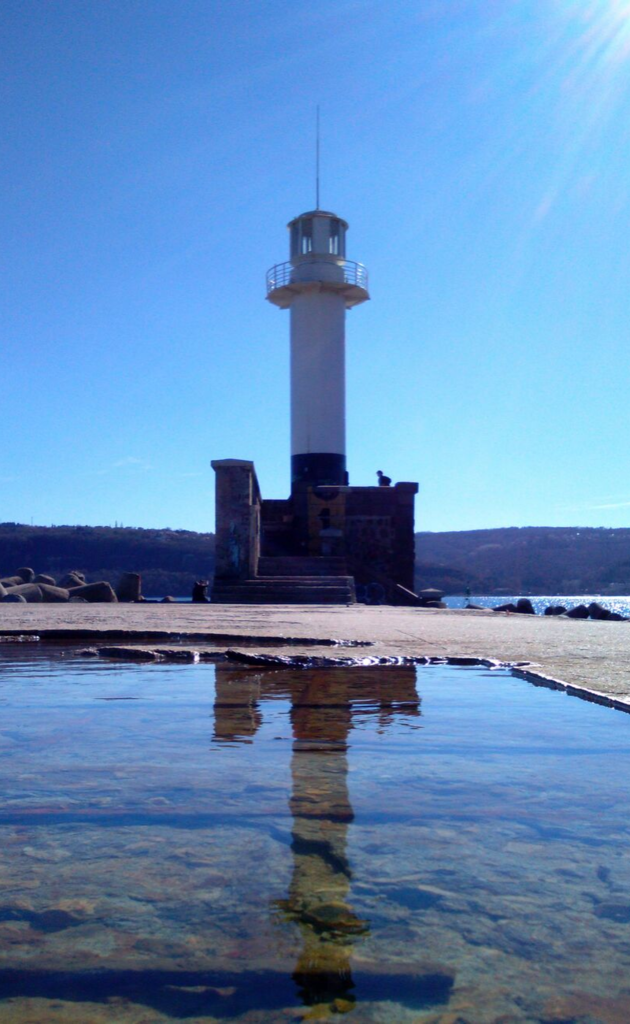 Light has always been present in my life – since my earliest childhood. I waved goodbye to the day from our home on the last floor in an apartment building in Varna, looking out to see the flicker of the Galata Lighthouse. Two decades after leaving my hometown, I came up with my idea to bike along the Bulgarian Black Sea Coast in search of all its lighthouses. This trip combined my passion for travel, the everlasting magic of the sea and my wish to get to know each and every one of these guiding lights, their history, their guardians and the romance surrounding them. The starting point was the materials published by Milan Asadurov, from which I learned the technical and historical data available for each of the country’s navigational aids and equipment. In 2007, after getting a permit from the Ministry of Defence (needed to get access to lighthouses in military zones), I travelled with my bike along the coast and took pictures of all of them. These adventures, shared with dear friends, I described in my first book – the travelogue “Following the Pulsing Light” (Stalker, 2013). Since then, each summer I embark on a different biking adventure along a different coast, with the single aim to grow my collection of lighthouse portraits. These photos are periodically presented in my travelling photo exhibition called “Home of Light”.

Most of us have the following romantic perception of the lighthouse – a dwelling at whose feet waves peacefully meet the shore, and, at dusk, the keeper goes up the spiral stairway to ignite the light. In real life, only a few places along our coast still live up to these expectations, and Galata Lighthouse is one of them… 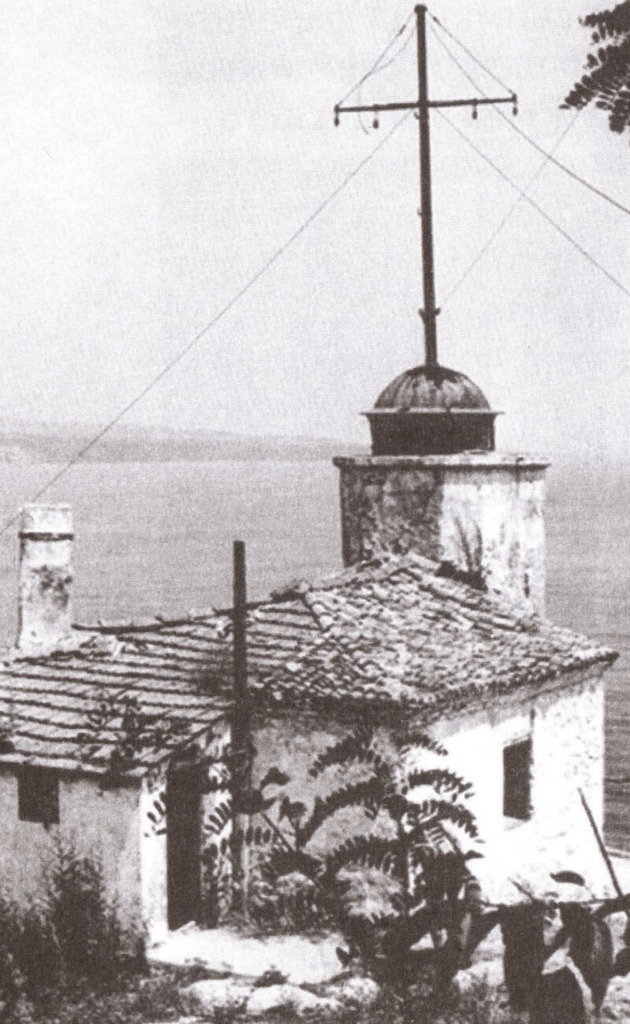 At Cape Galata, the newest lighthouse in the country (opened in 2001) towers alongside the old lighthouse building (built in 1912) which was damaged by a landslide. A curious fact – this is the only Bulgarian lighthouse who has actually seen damage during a sea battle. A Russian battleship aimed at it during World War I! 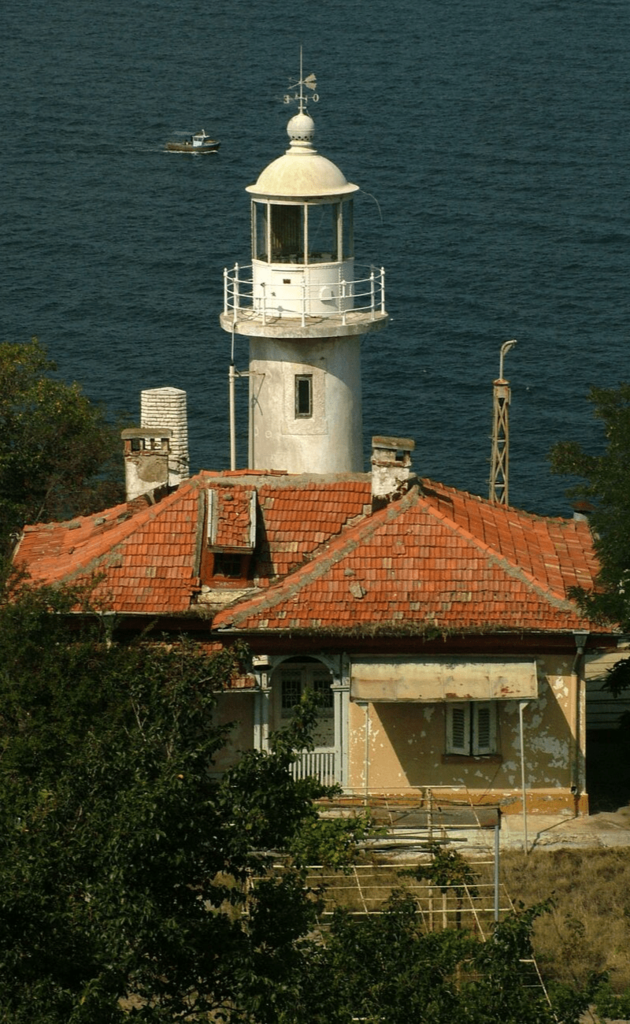 The ancestor of these lighthouses, built in 1863 and abandoned after the opening of the second one in 1913, stood at the cape until 1968 when part of it was demolished to make way for a restaurant with a panoramic view. Unfortunately, for decades the hundred-year-old tower served only as a warehouse and didn’t earn the glory of a historical monument. On February 27, 1998, a landslide (quite typical for this region), buried the oldest cape lighthouse in the sea and changed forever the contours of the coast. 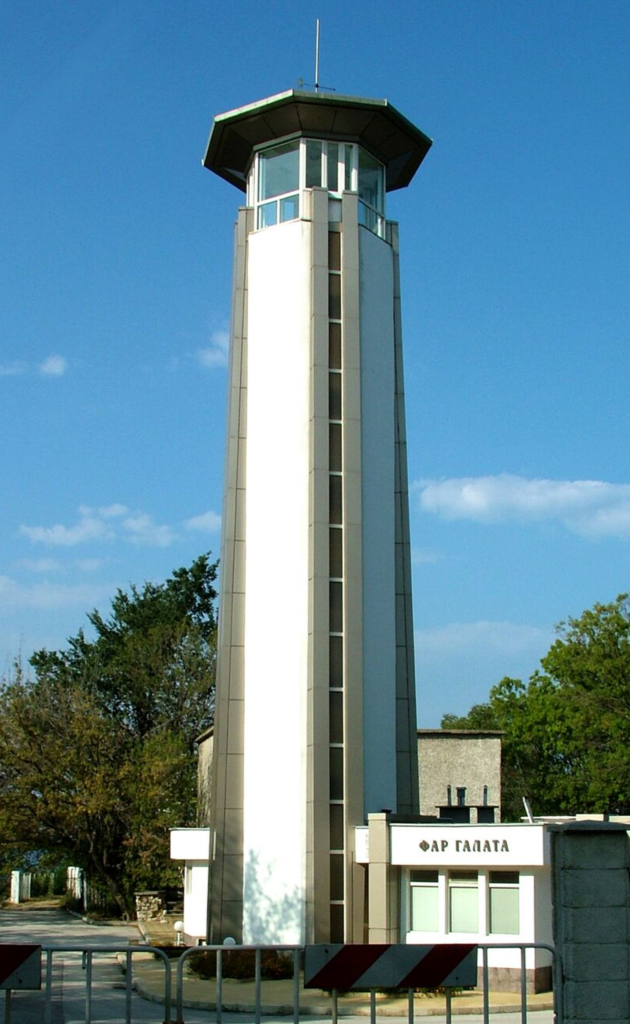 When, accompanied by the keeper on duty, I ascended the spiral stairway of the old building, I was numb with excitement – excitement that my first entry in a lighthouse would be in the same one which I looked for in the night skies as a child. The optics were untouched, only the energy supply was cut off when the new lighthouse was launched. We entered the new one after locking the old one behind, maybe for the last time… I was impressed by the contrast with the new building, equipped with an elevator, PVC window frames, special enforced windows, modern electronic control system, satellite connection, radio beacon and a nautophone (a sound signal played when fog diminishes the visibility in the area). The spacious living premises with modern amenities, AC and internet connection even include guest rooms to accommodate the keeper’s family if needed.

On August 15, 1863, along with the oldest lighthouse at Cape Galata, the port lighthouse (Varna Burun) was also lit up – a continuous red light, located at the foot of the future breakwater whose construction began in 1895. 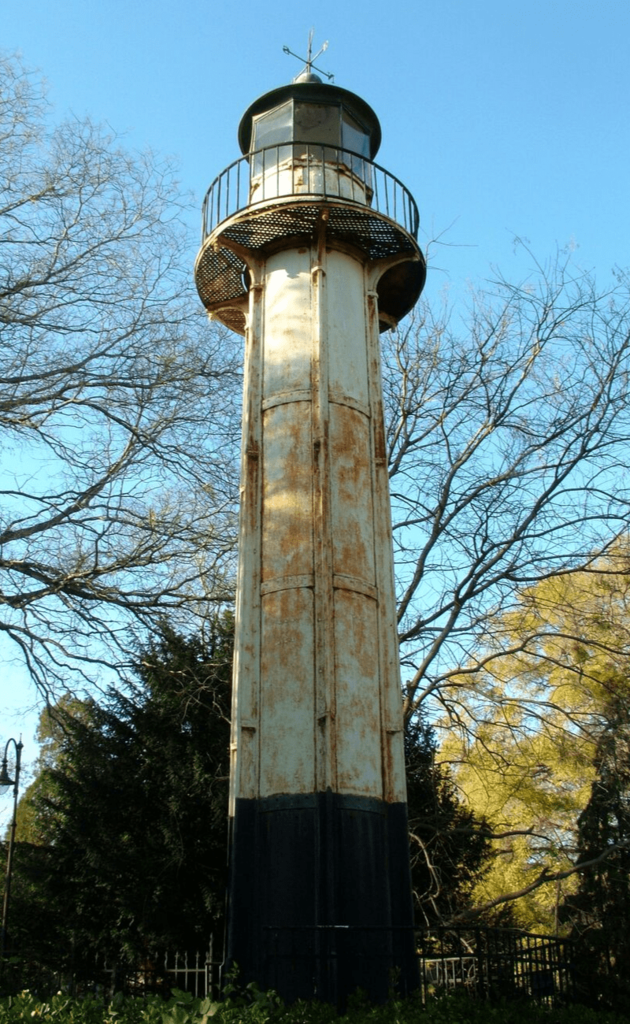 In 1903, at the end of each mole were placed the port lighthouses – three identical metal towers. The towers of the entrance lights (green and red) are still in use today, while the one from the breakwater has been replaced with a new one and is currently part of the exhibition at the Naval Museum in Varna. It still lights up at night thanks to a lamp installed in place of the optics. The new lighthouse, two metres higher than its predecessor, rises on top of the same base which was built at the same time as the breakwater. 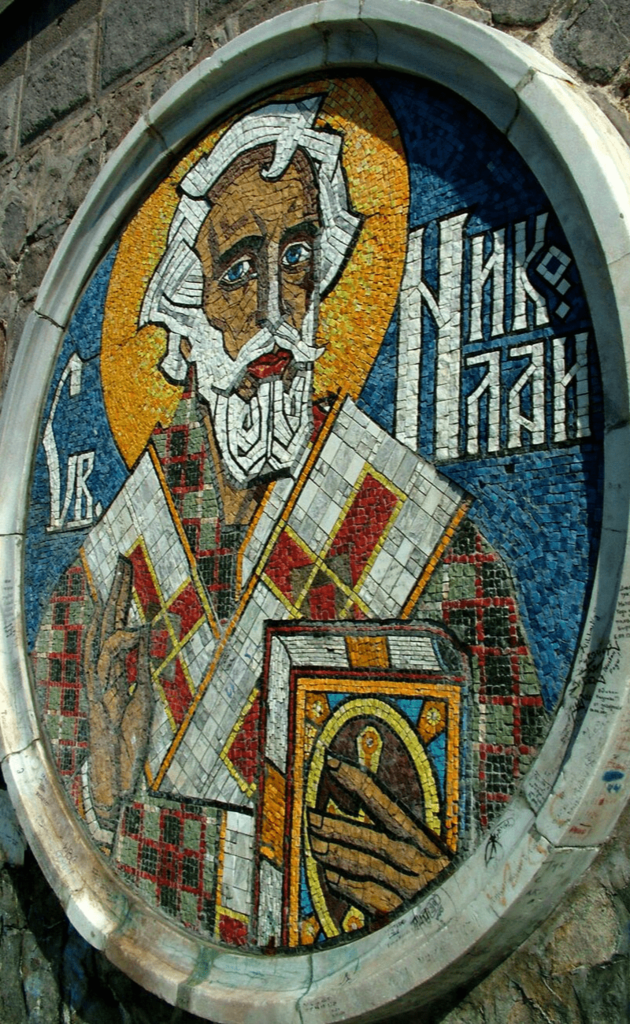 In its early days, the port lighthouse was decorated by a bust of Ferdinand, then a bas-relief with the face of Todor Zhivkov, and at the end of the XXth century – a colourful mosaics representing St Nichola (the saint who protects seamen) was installed. To my disappointment, there was no way to enter the port lighthouse towers, climb the stairs and take a look from one of their lantern rooms. Only the authorized personnel who takes care of their upkeep has access (the port lighthouses have been automated a long time ago and it’s very rare that they need any type of upkeep). 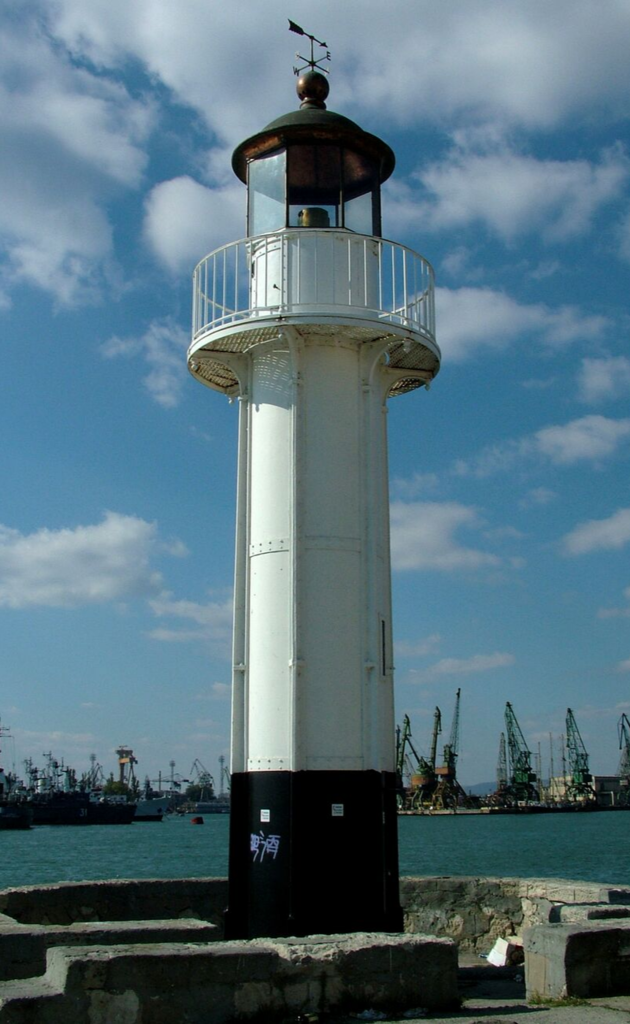 “The Fishermen’s Lighthouse” – the green light situated close to the seaport building, has long been a favourite place for fishermen to gather for a drink, no matter the hour. The red light on the other side is in a military zone and is totally inaccessible by land. 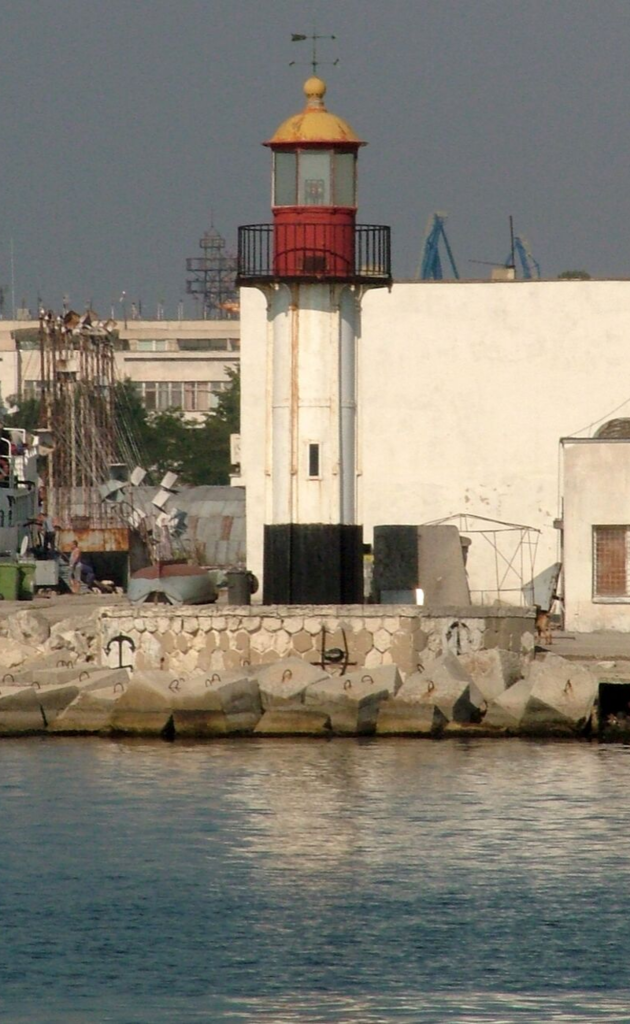 There is one more lighthouse in Varna Bay – the one on the pier of Residence Euxinograd, which happens to be one of the most beautiful lighthouses on our sea coast. The residential complex is open for visits upon request, usually outside the busiest summer months when members of the government often take their summer break there. 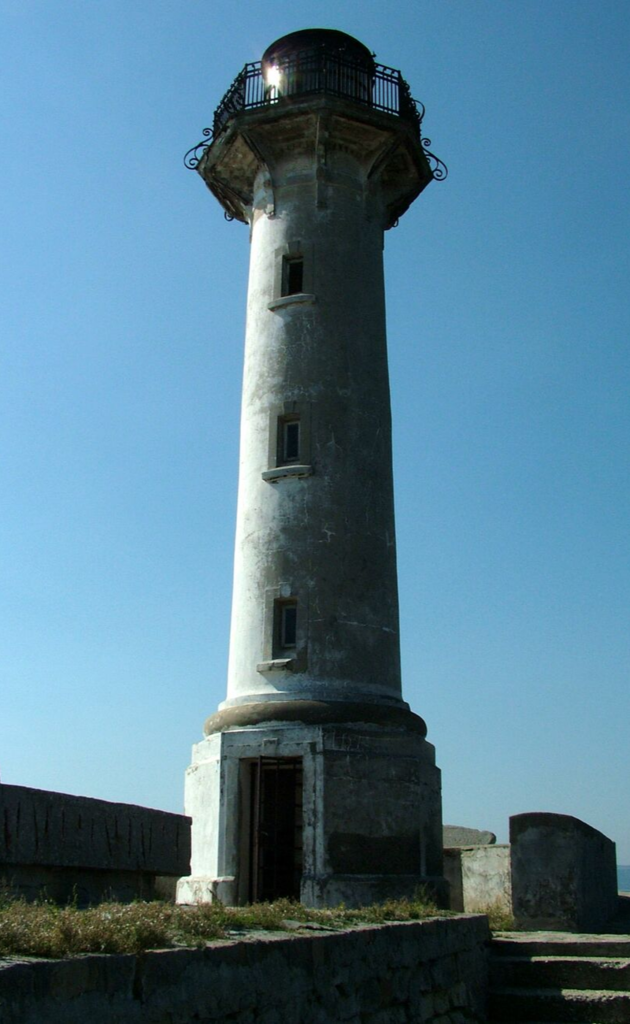 The summer residence was built by the order of Prince Alexander of Battenberg. The port which was to serve the whole residence was finished in 1910 and soon afterward, at the end of the breakwater was built a stone tower to accommodate an automated lighthouse which at first emitted a continuous white light. In 1947, a red globe was placed on top of the light bulb so that this navigational aid is different from the light of the villas surrounding the residence. 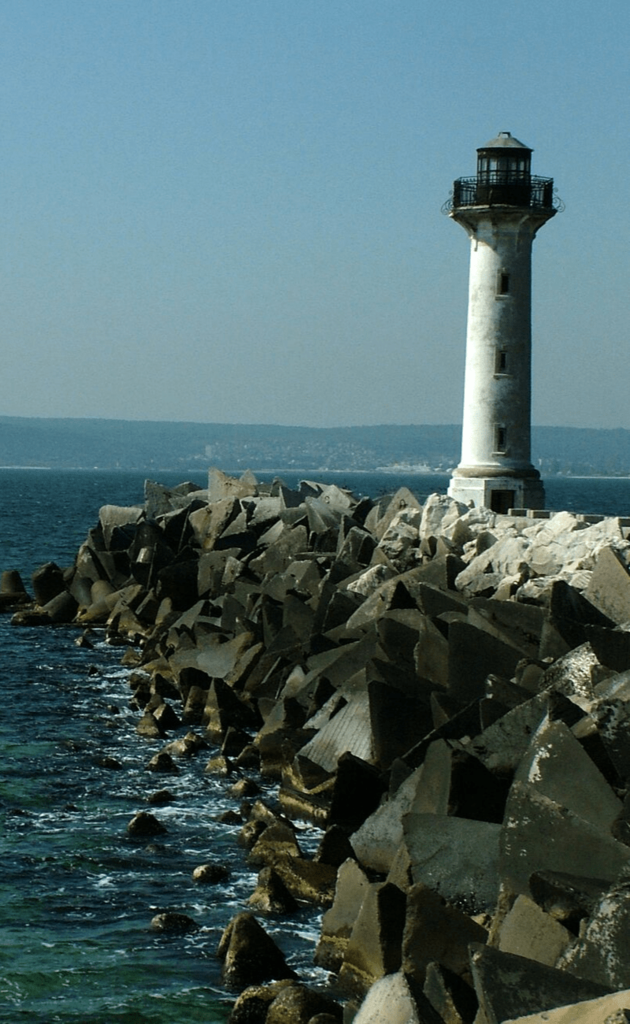 My visit to this lighthouse was at the end of my journey which added a soft autumnal charm to the beauty of the tower itself. The construction struck me with its architectural details – the three rows of windows, the wrought iron guardrail, the woodcarving on the eaves, the decoration on the walls. When I first climbed the dilapidated stairs, though, I thought that the lighthouse had been abandoned. On the landing of the lantern room, there was a sign that someone was visiting – old, but beautifully upholstered chair was placed beside the bright red lamp. Probably waiting for the keeper who, during his rare visits, needed a place to rest after climbing the endless stairs.

Beyond the windows of the lantern room the sparkling sea inspired a feeling of being in a long-gone, elegant and aristocratic era. I stared at the surrounding beaches, the breakwater, the ships – everything seemed distant and unreal from this perspective due to the early morning hours and the worrisome red light close to my face. I didn’t have an explanation why the light was on during this clear autumn day, but this made me feel even more like I’m the keeper who’s sending this serene signal towards the unseen seamen…

I know I’m lending lighthouses the romantic charm of irreplaceable helpers for sailors due to their significance in the past. And in my heart they are a symbol – a guiding light.

In our age of technology and communications, the dream of the inextinguishable ray of light might seem ridiculous, but isn’t it true that at the end of each journey we still crave a bright guiding light to shine upon our way home?