You Won’t Believe These 10 Beautiful Places Are In Bulgaria 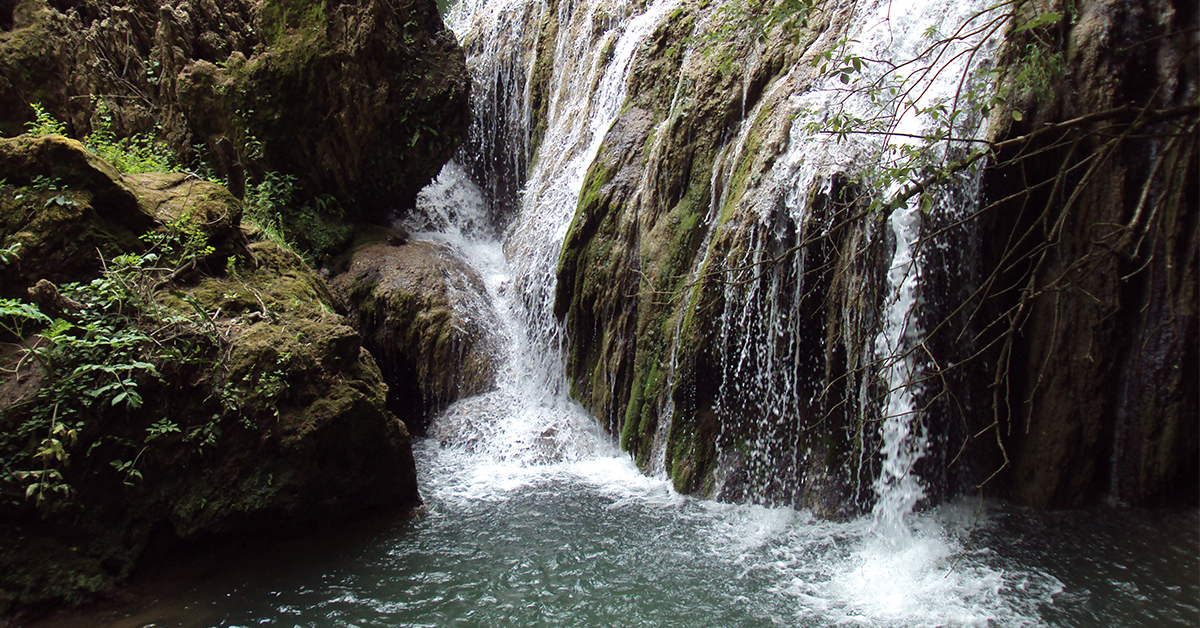 If you always associate Bulgaria with sandy beaches, parties and nightlife, it’s time to revisit your idea about this ancient country! It can offer you a myriad of choices if you want to indulge in a beautiful countryside trip. Here are our 10 favourite beautiful places in Bulgaria – from serene mountain villages to seaside castles (yes, castles!)…

1/ The town of Koprivshtitsa

Koprivshtitsa is a beautiful, historic town in Central Bulgaria, in the heart of the Sredna Gora mountains. The Architectural and Historical Reserve of Koprivshtitsa has become an iconic place, visited often by tourists and locals who come to see some of the best-preserved houses, churches, streets, bridges and monuments from the National Revival period (the 19th century).

Many of the houses have been restored back to their original appearance and offer a truly authentic experience. You can really feel the unique atmosphere of this incredible museum-town. It’s almost like taking a walk through time!

Here’s how to get to Koprivshtitsa from Varna >

The Castle of Ravadinovo is probably the only castle in Europe constructed by a single man. That’s right! This spectacular attraction is just a couple of kilometres from Sozopol and is certainly an extravagant sight! The architectural design of the castle is relatively exotic and its location somewhat unusual (in the middle of a field near a highway). In 2016 the castle won the prize for tourist attraction number 1 in the world. 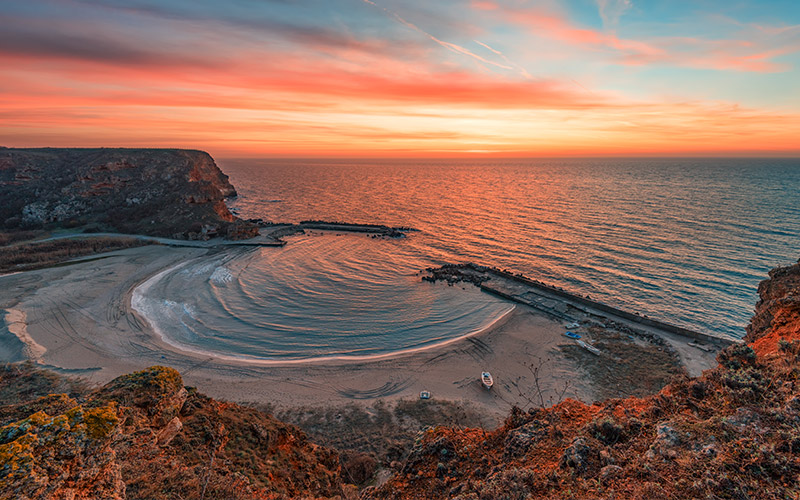 Bolata bay is one of the most picturesque spots on the Bulgarian Black Sea coast. It’s located within Bolata Nature Reserve and is currently the only reserve in Bulgaria that includes part of the sea and sea area on its territory. The steep trail to the north goes all the way up to the top of the rock wall, where magnificent views to the entire gorge open out. You can see the whole Cape Kaliakra only from this spot! If you need inspiration about where to stay on the Bulgarian Black Sea coast, look here >>

Here’s how to get to Bolata Bay from Varna > 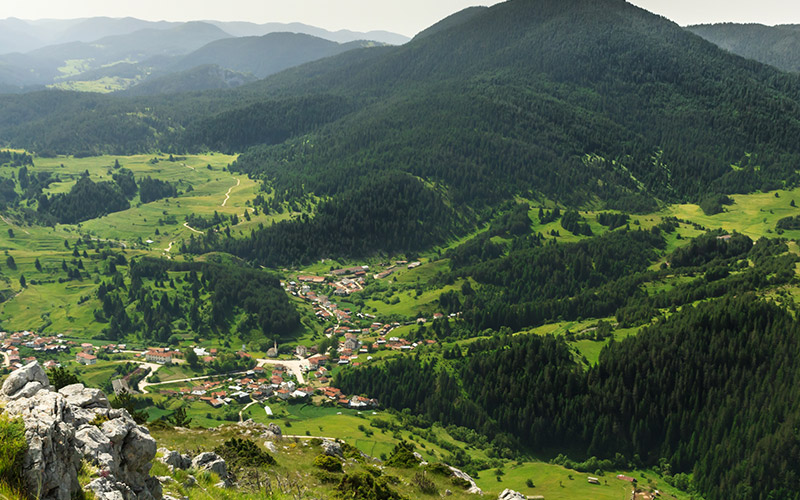 A great example of this is the view from the Ancient City of Perperikon (the Bulgarian Machu Picchu). This incredible Thracian city is the largest megalithic archaeological site in all of Bulgaria.

Here’s how to get to Perperikon from Varna >

Tsarevets Fortress is an incredible medieval stronghold from the Second Bulgarian Kingdom. It’s located on a hill in the town of Veliko Tarnovo. This former residence of medieval kings still houses the remains of more than 400 houses, 18 churches, a royal palace and an execution rock! The magnificence of the fortress makes it one of the most widely visited historical sites in Bulgaria.

Here’s how to get to Tsarevets Fortress from Varna > 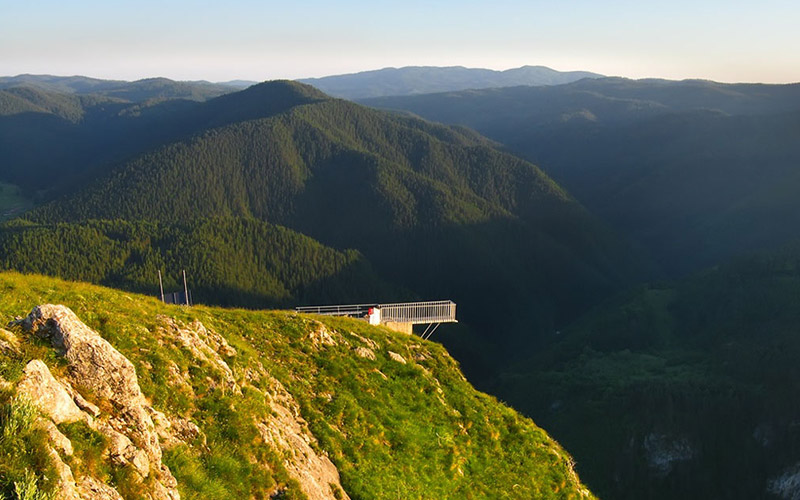 The Orlovo Oko (Eagle eye) panoramic site is built on top of St. Iliya peak at an altitude of 1563 meters. It’s the only platform of its kind in Bulgaria and a favourite tourist attraction. The facility was built to allow tourists to enjoy magnificent views of the Buinovsko Gorge, the Rhodope Mountains, and even the Rila and Pirin Mountains. Standing on the platform, you literally feel like you are on top of the world! You can reach the site either by foot or by an off-road jeep.

Here’s how to get to Orlovo Oko from Varna >

7/ The Village of Shiroka Laka 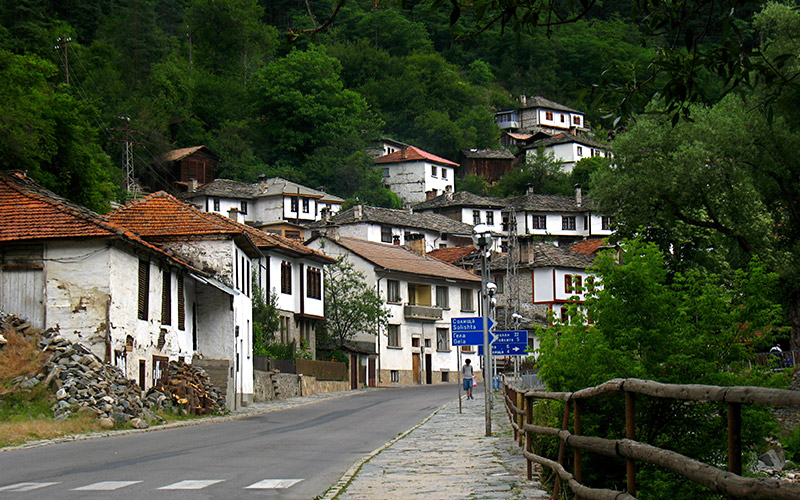 Shiroka Laka lies in the heart of the western Rhodope Mountains, just 23 km from Smolyan in route to Devin. The village has long been a favourite destination for tourists travelling in the region. Shiroka Laka was originally settled in the 17th century and is now known for its stunning and authentic National Revival houses as well as its rich history and music culture. There are many festivals taking place there throughout the year, where one could enjoy traditional Bulgarian folklore music. The views of the houses from either side of the village are absolutely stunning!

Here’s how to get to Shiroka Laka from Varna > 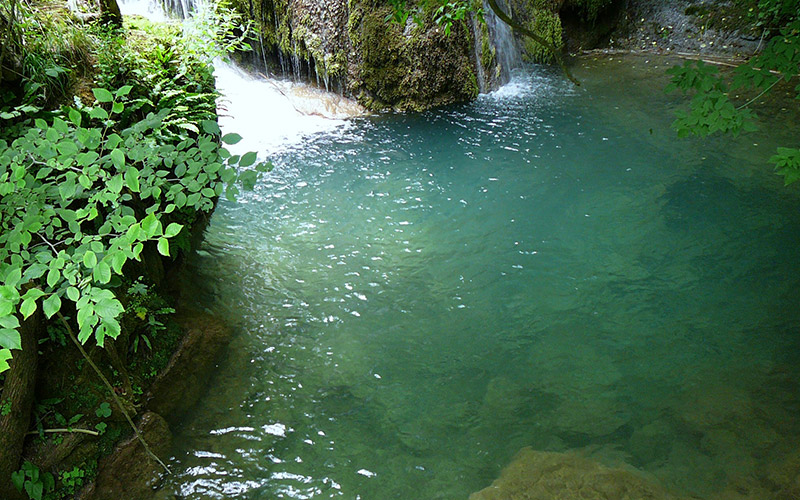 The Krushuna Falls are a series of waterfalls in northern Bulgaria, near the village of Krushuna (34 km from Lovech). They are famous for their picturesque landscape and amazing turquoise waters! Being there, you’d almost feel like it’s a scene from an exotic island movie!

This beautiful oasis also happens to be the bіggеѕt wаtеr саѕсаdе іn thе соuntrу. It will fascinate you with many connected pools, rісh animal life and plant species.

Here’s how to get to Krushuna Waterfalls from Varna > 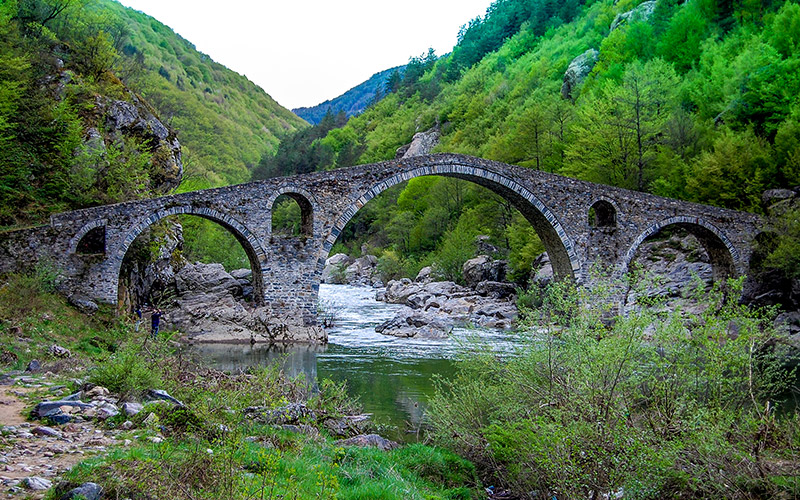 The Devil’s Bridge was built at the beginning of the 15th century, however, its history goes way back into the distant past. Over 7 000 years ago there was a Roman bridge in the same place, which was part of an important Roman road, linking the White Sea (Aegean) and Thrace through the Makaza Pass. 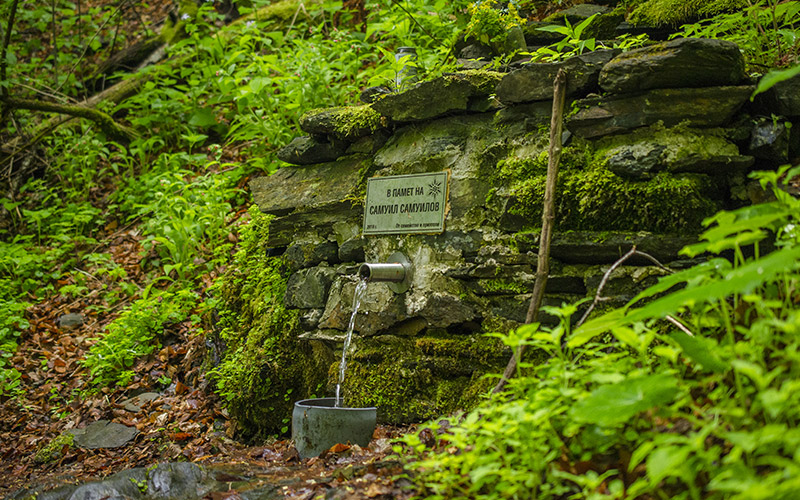 Stara Reka gorge is one of the most picturesque sites within the boundaries of the “Central Balkan” national park. Over millions of years, the river has made its way through the mountains, creating an impressive, deep gorge, with numerous rapids, pools and waterfalls.

The reserve is rich in rare species. There are 45 species in the Red Book of Bulgaria, 20 of them – endemic to the country.

Here’s how to get to Stara Reka Reserve from Varna >

Ready to pack? Bulgaria has many secrets for you to uncover, so have a look at other interesting places worth a visit!