These Are The Most Beautiful Bulgarian Monasteries! 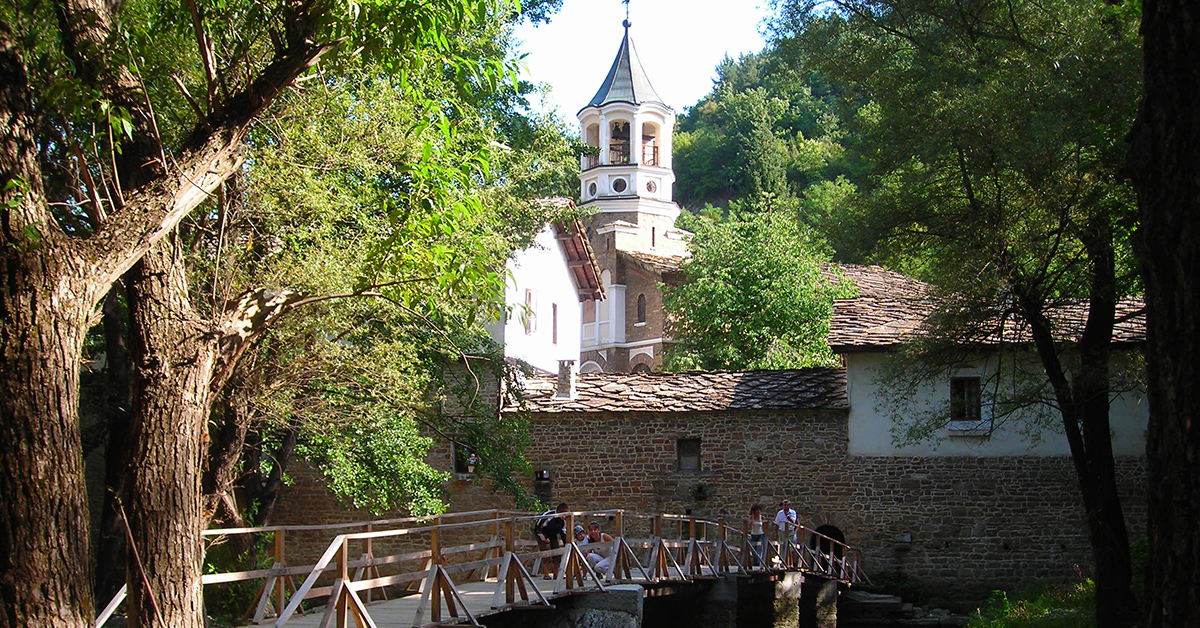 The monasteries in Bulgaria are an emblem of the Bulgarian spirit and an important unifier. During 5 centuries of Ottoman rule, they became a symbol of hope – as educational centres, hospitals and meeting places for revolutionaries who planned uprisings there. Although many saw their destruction over the years, during the National Revival era, hundreds of churches and monasteries across the country were restored back to their former glory and are still in use today! Here are 5 of the most beautiful Bulgarian monasteries that you can visit on your upcoming trip! 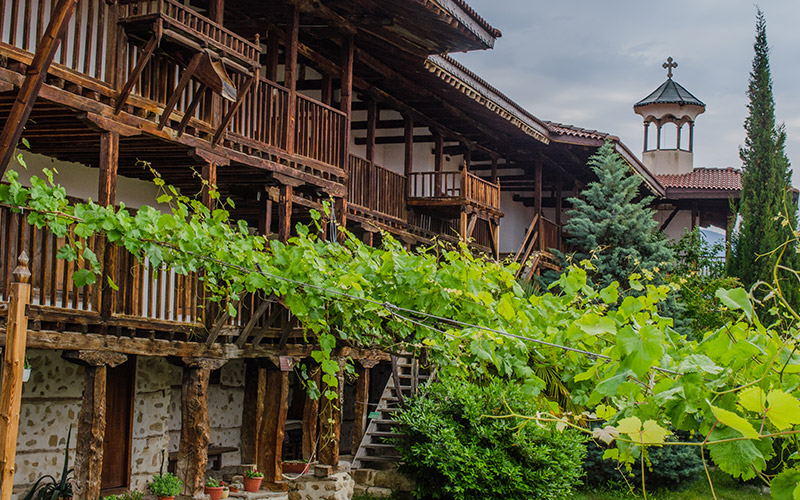 This beautiful medieval monastery in the southern part of the Pirin Mountains is under the protection of UNESCO. It’s one of the few medieval Bulgarian monasteries so well preserved until today, nestling in the Melnik Earth Pyramids.

A fire engulfed the Rozhen Monastery between 1662 and 1674, destroying the library and severely damaging most buildings. Rich Bulgarians from the whole country helped restore the monastery over the next century. It’s glory days came somewhere in the 19th century when it became a regional centre of Orthodox Christianity. The monastery was also a shelter for revolutionary activists from the nearby regions.

Here’s how to get to Rozhen Monastery from Varna >

Aladzha Monastery is the most famous medieval cave monastery on the Bulgarian Black Sea coast. Hermit monks inhabited the caves between the 10th and 12th century. What remains today was created during the 13th and 14th centuries, including some remarkable frescoes.

The cave’s chapels were carved into the limestone rock, and their unique beauty has inspired many legends about ghosts, hidden treasures, monks, and the occult. The caves are in the Golden Sands Nature Reserve which is a protected area that attracts many tourists every year.

Here’s how to get to Aladzha Monastery from Varna > 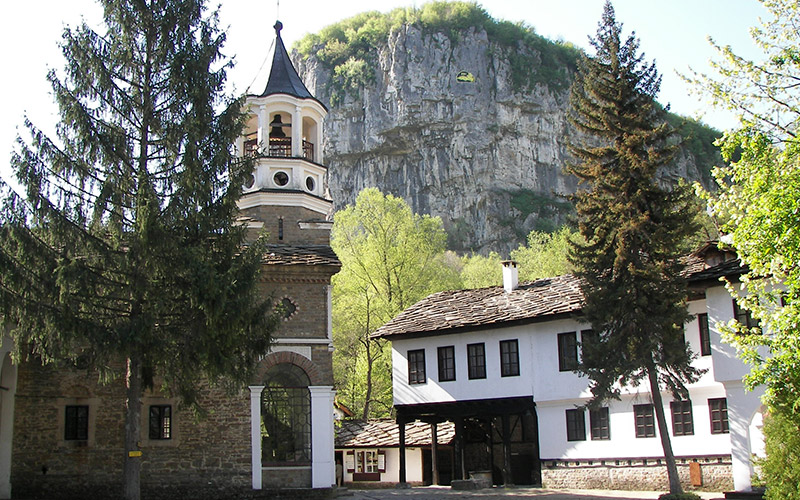 Dryanovo Monastery is a functioning Bulgarian Orthodox monastery in the Andaka River Valley near the town of Dryanovo. It was founded in the 12th century, during the Second Bulgarian Empire and is dedicated to Archangel Michael. Twice burnt down and pillaged during the Ottoman rule of Bulgaria, the monastery was restored at its present place in 1845.

There was an enormous library inside the monastery, which turned it into one of the largest education centres during the National Revival era. A lot of Bulgarian freedom fighters found their last refuge here during the dramatic events in April 1876 uprising. The incredible historical significance and the breathtaking scenery of the region make this monastery a place certainly worth visiting.

Here’s how to get to Dryanovo Monastery from Varna >

At the end of the 16th century, St. Pimen Zografski (a Bulgarian artist, writer and temple architect) restored the monastery and turned it into a literary and spiritual centre. During the period of the National Revival, writers and calligraphers inhabited the monastery and left valuable works and literary masterpieces. One of the oldest preserved Bulgarian manuscripts, the monastery rules (1390 -1396), originates from the Cherepish Monastery! There’s also an area in the monastery dedicated to the national poet Ivan Vazov who was inspired by this place for many of his works.

Here’s how to get to Cherepish Monastery from Varna > 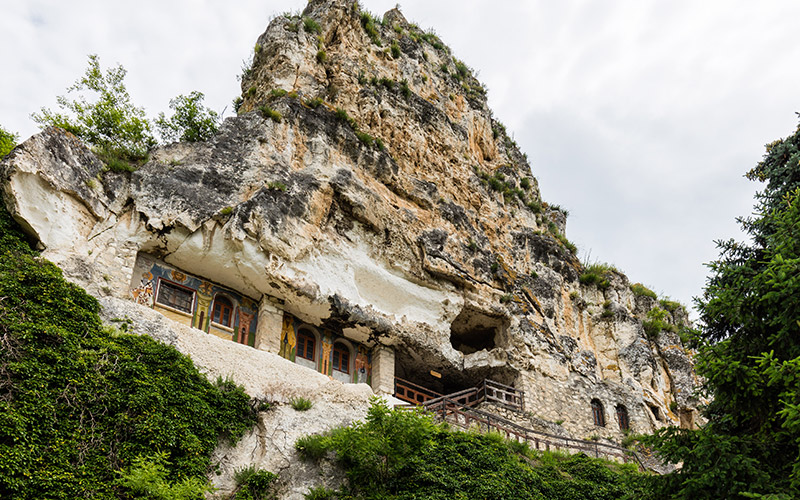 Basarbovo Monastery is a cave monastery located near the city of Ruse in northeastern Bulgaria. It has the same name as the nearby village of Basarbovo and is currently the only active rock monastery in Bulgaria. It’s close to Ivanovo Monastery which makes them a great pair for a day trip!

St Dimitar of Basarbovo (to whom the monastery is dedicated) was born in 1675 and spent his entire life here. A local legend has it that the saint drowned in the overflowing Rusenski Lom. He appeared in the dream of a blind girl, telling her the whereabouts of his body. His remains were thus found, and the girl regained her sight.

Here’s how to get to Basarbovo Monastery from Varna >

Now that you’ve seen just how unique each monastery in Bulgaria is, we can all agree that there’s nothing really quite like them! Beautiful, ancient, full of history and incredible artistic heritage. It’s no wonder they attract so many visitors every year, so what are you waiting for? Book your trip to Bulgaria right away and see for yourself!